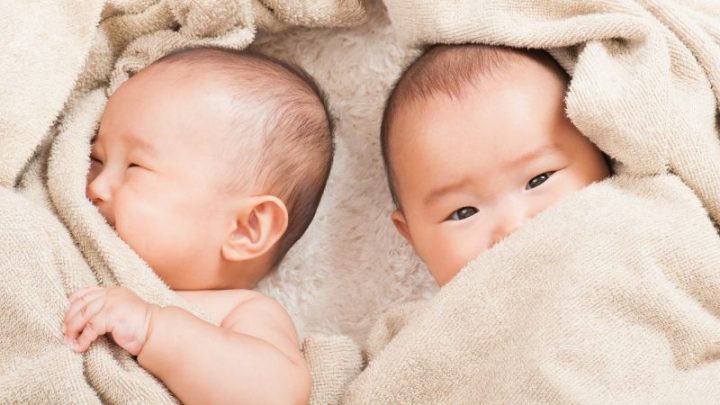 Are women who have twins more fertile? While previous studies concluded they are, a detailed analysis of more than 100,000 births from pre-industrial Europe by an international team of scientists shows they are not. The results of the study are now published in the scientific journal Nature Communications.

In humans, twinning usually occurs in about 1–3% of all births. Twinning is found in all populations despite being associated with a much higher risk of natal and postnatal health issues for both the mother and her children than single pregnancies. Given these risks, it seems that natural selection has prevented twinning from becoming more common during evolution. But why then has evolution by natural selection not prevented twinning altogether?

One common explanation has been that survival risks brought by twinning are partly hidden from natural selection because twinning comes with higher fertility. The idea is that women who are more fertile than average are also more likely to release more than one egg when they ovulate – making twinning a marker of high fertility. Many studies analysed demographic data and obtained results consistent with this view.

However, this new study shows that the former analyses have been flawed.

“Previous studies are problematic because they cannot tell us whether mothers with twins give birth more often because they are especially fertile, or because giving birth more often increases the chance that one of these births is to twins,” explains principal investigator Alexandre Courtiol from the Leibniz Institute for Zoo and Wildlife Research in Germany.

The new results show that twinners are not unusually fertile. Previous science had mixed up cause and effect.

“If a mother gives birth more often, it is more likely that one of these births is to twins – just like you are more likely to win if you buy more lottery tickets, or to be in a car accident if you drive a lot,” adds first author Ian Rickard from Durham University, UK.

When the “lottery ticket effect” is taken into account, the authors found that mothers more likely to have twins actually gave birth less often – a result that contradicts previous findings.

To re-examine the relationship between twinning and fertility, the international team of 14 scientists combined large datasets of birth outcomes from several parts of pre-industrial Europe (today’s Finland, Sweden, Norway, Germany and Switzerland).

“All these data originate from old parish records that have been meticulously digitised and transcribed”, explains co-author Virpi Lummaa from University of Turku, Finland.

Figuring out what shapes the relationship between twinning and fertility is not only a question of academic interest but also a matter of public health. Indeed, biomedical studies looking for ways to improve female fertility have compared mothers with and without twins.

“However such study designs ignore the multitude of factors influencing how often a woman gives birth, which will mask any genuine differences in physiology between mothers with and without twins,” co-author Erik Postma from the University of Exeter in the UK points out.

“There is still much we do not understand about twinning, but our study suggests that twinning has not been eliminated by natural selection for two reasons. First, twinning is a consequence of double ovulation, which compensates for reproductive ageing and benefits all but the youngest of mothers. Second, when the risk of early mortality of twins is not too high, twinning is associated with larger family sizes although women with twins give birth less often. This is because twin births bring two offspring rather than one,” concludes Courtiol.